We are in full force with a booth at at Internet Retailer Conference 2011 in San Diego. The exhibit hall opened yesterday afternoon after the last few stragglers flew in from North Carolina (me) and Idaho (Jon) to join Ben, Rick, Carl, and Ron.

We’ve had a steady flow of booth visitors interested in hearing about our core ecommerce services and Liquid Galaxy. We’ve also heard from a few companies interested in partnering, which is a nice way to learn about the latest popular technologies in ecommerce, such as mobile and tablet opportunities, live chat integration, real-time user interactivity ecommerce features, and shipping integration and analytics.

Stop by if you’re here and interested in hearing more about End Point’s open source consulting and development services! 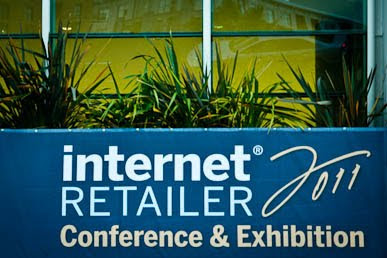 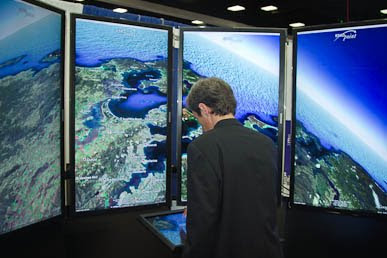 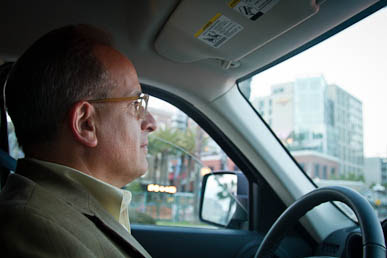 Rick navigates through San Diego before a team dinner. 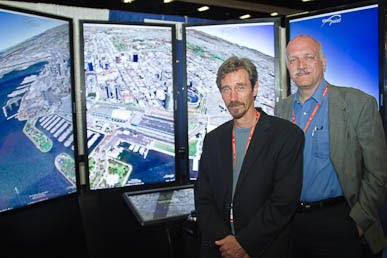 Ben & Carl pose in front our our Liquid Galaxy display.