Acorns is a financial technology company that has a very successful “micro-investing” mobile app, which allows users to round up on purchases and save their spare change. End Point Dev works with Acorns on database support, replication, and tuning.

Alex Cooper Auctioneers has been managing auctions of real estate, antiques, rugs, and other valuables since 1924. End Point Dev administers their server environment, including monitoring, virtualization, and backup systems. We have also done custom programming on their information management system.

The American Welding Society is a non-profit organization that provides standards, training, and certification for the welding industry, including brazing, soldering, and thermal spraying. End Point Dev helps further their mission though development, support, and hosting of many of their applications, databases, and networking.

Bluestone Perennials is a nursery that sells over 1,000 varieties of flowers, shrubs, mums, and grasses online. End Point Dev provides ongoing development and support of their storefront built on Interchange and MySQL.

Book Country Clearing House is one of the biggest and oldest wholesale book vendors in the world. Their inventory of book titles is over 8 million. End Point Dev oversees development and support of their internal inventory management and fulfillment database, their warehouse mobile apps, and we created their wholesale customer website.

The Digital Public Library of America is large-scale collection of digitally stored historical content from archives, libraries, museums, and other institutions across the United States. Since the project’s launch in 2013, they have cataloged over 10 million images, historical texts, movies, and sound clips. End Point Dev designed and implemented the DPLA’s search system from the ground up, focusing on making the search fast and accurate.

Eiffel Trading supplies bulk heavy-duty equipment and materials for construction companies involved in civil and marine projects. Eiffel came to End Point Dev to revamp their website and simplify its integration with Salesforce. We engineered a blazing fast digital marketplace built with Nuxt.js, Vue.js, and Algolia for browsing and searching their extensive catalog, and Salesforce integration using TypeScript and Node.js.

Since 2011 End Point has supported the disease surveillance system for the Kansas Department of Health and Environment (KDHE), beginning with TriSano. We then implemented EpiTrax and migrated form data and built a new disease reporting portal for Kansas, and contributed on their behalf to the open source EpiTrax project.

Kits.com is a premier online retailer of contacts and eyeglasses. Since 2009 we’ve worked with their staff to support and enhance their ecommerce front-end and fullfillment backend with features such as multiple currencies, subscription contacts refills, and PayBright integration, and to scale up with their rapid growth.

End Point installed the EpiTrax disease surveillance system and a disease reporting portal for the Missouri Department of Health and Senior Services (DHSS) during the height of the COVID-19 pandemic in 2020. We administer their cloud hosting and provide ongoing support for their users and customization needs.

End Point began working with the Nevada Division of Public and Behavioral Health (DPBH) in 2021 to migrate from their previous disease surveillance system, NBS, to the modern open-source EpiTrax platform for collecting, organizing, and reporting on epidemiological data. The migration involved configuration, testing, and on-site & remote training. We provide ongoing support for their cloud hosting and user needs.

Paper Source sells fine handmade papers from around the world, offering over 1,000 different types of paper as well as tools and supplies through retail locations, catalogs, and ecommerce. Since 2005 we have developed and hosted their ecommerce site based on Interchange, Perl, MySQL, and several 3rd-party integrations.

SMARTRAC develops and manufactures high-quality RFID inlays and tags that are used for product tracking. End Point Dev worked with SMARTRAC to support and improve their existing hosting infrastructure as well as build new infrastructure and products using our expertise in Python, PostgreSQL, Unity, and DevOps.

Stitch Fix is an online retailer of personal styling. Users give input on their desired look and budget and a personal stylist sends clothes that can be tried on before purchase. End Point Dev helps Stitch Fix by providing expertise on database optimization, replication, and vendor migration.

Sweat Equity is a venture capital firm that invests by injecting top-talent engineers into companies in exchange for equity. End Point engineers work alongside the Sweat Equity team to directly support their clients in areas such as interactive 3D modeling.

Titanium Industries is a specialty metals supplier focused on titanium, nickel, stainless steel and other metals for the aerospace, medical, industrial and oil & gas markets. Their products are used in everything from dental implants to airplanes. End Point Dev works with Titanium Industries on development of their website and online store. 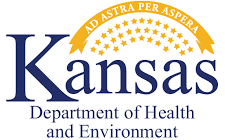 Let’s Build Something Together