Camping in the Clouds with Terraform and Ansible 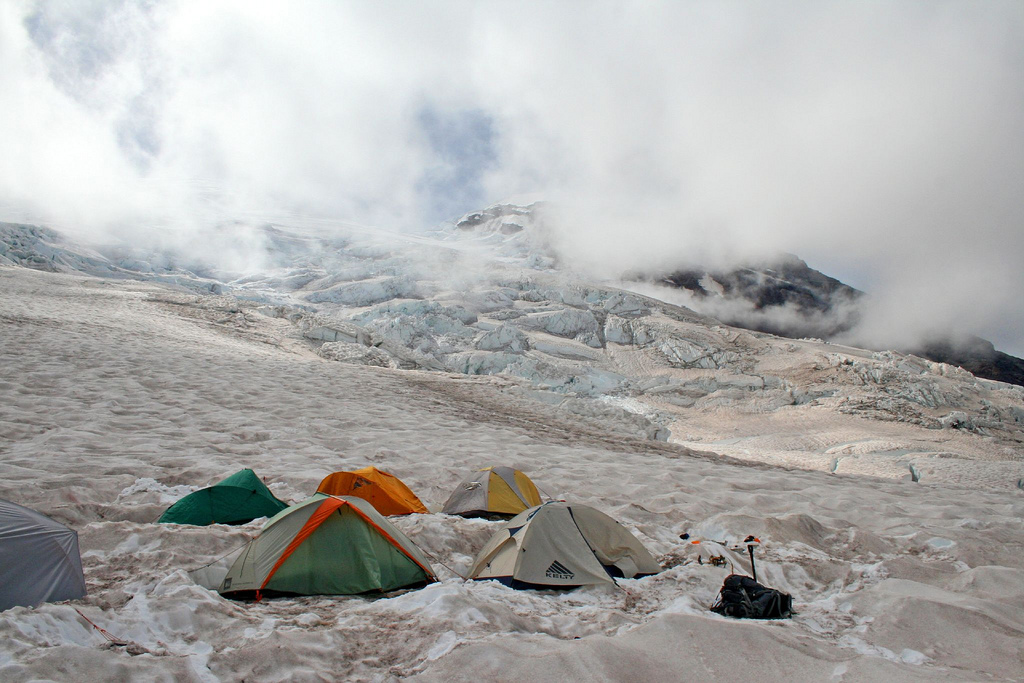 Right, so, show of hands: How many of you work on some bit of web code by doing a git clone to your own laptop, developing the feature or bug fix, running through manual testing of the app until you’re happy with it, and off it goes back up to the repo when done? I’m curious, and I have a few questions for you:

Are you fidgeting nervously thinking about that? Sorry. ☹ But also, check out this little thing: DevCamps. It’s been an End Point staple for quite a while now, so if you’ve read our blog before you might have heard about it.

Long story short: In addition to any local development you do, this system will spin up your own little environments (“camps”) on a remote development server. Each camp includes a checkout of the code, separate httpd/​nginx and app processes, and a dedicated database with a clone of the data. What’s that all mean?

Recently a client brought their app into “The Cloud.“ Kind of. No Kubernetes there, so I can’t use that coveted “k8s” blog post tag yet. It’s still a Java app sitting on a single big VM, but it’s still technically running in the cloud. So we used that opportunity to redo how this “campsite” works and made it cloudy, too. Each camp is a dedicated set of VMs that we spin up (and, for cost savings, shut down) as needed.

We do that using Terraform. We’re already using that for this client’s production systems. Terraform has a concept of workspaces, which basically clones your single set of systems and lets you apply that multiple times over. You can name the workspace pretty much anything, but we’ve stuck with the traditional camp method of just assigning numbers. Thus, each camp is a numbered workspace, with an identical VM for the app and an identical VM for the database. That gets handed over to Ansible for the same provisioning process.

The configuration split is actually a little more complex than that. We have a ‘prod’ and a ‘dev’ module, which is mostly just different instance sizes. Then, combined with appropriate DNS naming parameters, ‘camp’, ‘staging’, and ‘prod’ configs. Just pull from those as needed. I’ll probably take you into that in more depth in a later post.

But, instead of one big server which is a fixed cost no matter how many camps we’re running, each cloud camp adds to the cost only as long as it’s running. So, like I said above, shutting down the camps is a key point of this. We run them on smaller instances generally, but if you run a number of camps at once that cost adds up fast. Shutting down the camps when they’re not needed saves money. There’s a break-​even line somewhere in there, and I’ll leave calculating that as an exercise for the reader. But there are other benefits, too:

Cloud camps take you the rest of the way there. You can feel like you’re working and testing right on production without really feeling all that dirty about it. And, when you’re nearly done, you can control the resources assigned to the VMs, for example to switch the sizing configuration so that smaller VMs you use for development briefly become production-​sized for load testing. Briefly.

I do love making things open source, but in this case I’m not sure there’s really anything to publish; it’s just the same Terraform configuration with just a little bit of tuning to make workspaces work better. But you’ve heard enough from me today, so I’ll write more about all those details later.

There, I hope I’ve planted some ideas in your mind about how you can change that development methodology for the better. On the whole we work better collaboratively, and camp-​like systems for development can really assist that. It can feel weird and cumbersome at first, but the clients we have that have adopted it are generally happy campers.

It’s still early on, but our cloud-​based camp experiment is showing lots of promise, too. Keep it in mind when you’re starting a development project.