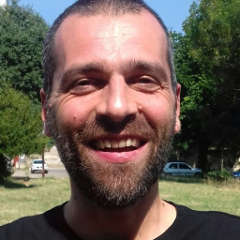 When I started programming, back in the day, CGI (the Common Gateway Interface) was still widely used. Usually the Apache webserver would just execute a script or a binary with some environment variables set and serve whatever the executable sent to the standard output, while keeping the standard error in the logs.

This simple and straightforward mechanism can still be used for small programs, but larger applications usually want to save the start-up time and live longer than just a single request.

At that time Perl was used far more often than now, and it had (and still has) the CGI.pm module to help the programmer to get the job done.

And it will output:

Here the script mixes logic and formatting and the encoding it produces by default tells us that this comes from another age. But if you want something which is seldom used and gets executed on demand without persisting in the machine’s memory, this is still an option.

Please note that there are frameworks which can work in CGI mode, so there is no reason to use CGI.pm, beside having to maintain legacy programs.

Nowadays Perl is just another language among dozens of them. But it still gets the job done and lets you write nice, maintainable code like any other modern language.

Mojolicious is currently the top choice if you want to do web development in Perl. It is an amazing framework, with a large and active community, and appears to have collected the best concepts that other web frameworks from other languages have to offer.

Let’s hack an app in a couple of minutes in a single file, like during the CGI days:

Here the structure is a bit different.

First, there’s a Domain Specific Language (DSL) to give you some sugar. This is the “Lite” version, while in a well-structured Mojolicious app one prefers to write class methods. We declare that the root (/) URL path of the application is going to execute some code. It populates the “stash” with some variables, and finally renders a template which can access the stashed variables. If you execute the script, you get:

The logging to the standard error stream is:

This is basically what a modern framework is supposed to do.

The nice thing in this example is that we created a single-file prototype and launched it as a CGI. But we can also launch it as daemon and visit the given address with a browser, which is how you should normally deploy it, usually behind a reverse proxy like nginx.

If you want you can even launch it with HTTPS as well (please note the syntax to pass the certificates).

For a small application listening on a high port this is already enough and the whole deployment problem goes away.

Speaking about deployment, Mojolicious has basically no dependencies other than the core modules and comes with a lot of goodies, for example a non blocking user-agent.

Recently a legacy application needed to make some API calls. To speed up the process, we wanted to make the requests in parallel. And here’s the gist of the code:

So a bunch of requests are run in parallel and then synced before returning. Does it remind you of JavaScript? Of course. A lot of common paradigms taken from other languages and frameworks were implemented here, and you can find the best of them in this nice package.

But the point here is that it doesn’t need dozens of new modules installed or upgraded. It’s just a single module in pure Perl that you can even install in your application tree. This is a huge advantage if you’re dealing with a legacy application which uses an old Perl tree and you want to play safe.

So, if you’re starting from scratch, go with Mojolicious. It lets you prototype fast and doesn’t let you down later.

However, starting from scratch is not always an option. Actually, it’s a rare opportunity. There’s a whole world of legacy applications and they generate real money every day. It’s simply not possible or even desirable to throw away something that works for something that would do the same thing but in a “cooler” way. In ten years, the way we’re coding will look old anyway.

Wait. Isn’t Interchange an old e-commerce framework? Yes, it’s not exactly a generic web framework, on the contrary, it’s a specialized one, but it’s still a framework and you can still do things in a maintainable fashion. The key is using the so-called action maps:

In pages/test.html you would put this template:

Now, I can’t show you a simple script which demonstrates this and you’ll have to take my word for it since we can’t go through the installation process here for a demo.

Interchange is old, and it shows its years, but it is actively maintained. It lacks many of Mojo’s goodies, but you can still do things in a reasonable way.

In the example the code will execute when a path starting with /jump/ is requested. The whole path is passed to the routine, so you can split at /, apply your logic, and finally either set $CGI->{mv_nextpage} to a file in the pages directory or output the response body directly with deliver. This way you can easily build, as a classical example, an API.

It’s a bit of a poor man’s MVC but it works. That’s basically the core of what a framework like Dancer does.

Dancer is basically Ruby’s Sinatra ported to Perl. As already mentioned, ideas developed in other languages and frameworks are often ported to Perl, and this is no exception.

Let’s see it in an action:

Try it with curl:

If in the script you say use Dancer; instead of use Dancer2, you get:

Dancer’s core doesn’t do much more than routing. And you’ll also notice that the syntax is very similar to Mojolicious::Lite. So to get something done you need to start installing plugins which will provide the needed glue to interact with a database, work with your template system of choice, and more.

Today you would wonder why you should use Dancer and not Mojolicious, but when Dancer was at the peak of its popularity the games were still open. There were plenty of plugins being written and published on CPAN.

Around 2013 Dancer’s development team decided to rewrite it to make it better. The problem was that plugins and templates needed to be adapted as well. I’m under the impression that the energy got divided and the momentum was lost. Now there are two codebases and two plugin namespaces which do basically the same thing, because for the end user there is not much difference.

So what was attracting people to Dancer? When Dancer came out, Perl had a great MVC framework, which is still around, Catalyst. (And note that the main Mojolicious developer was on the Catalyst team.)

Now, the problem is that to get started with Catalyst, even if it has plenty of documentation, you need to be already acquainted with a lot of concepts and technologies. For example, the tutorial starts to talk about Template Toolkit and the DBIx::Class ORM very early.

These two modules are great and powerful and they deserve to be studied, but for someone new to modern web development, or even to Perl, it feels (and actually is) overwhelming.

So, why would you choose Catalyst today? Catalyst has the stability which Mojo, at least at the beginning, lacked, while backward compatibility is a priority for Catalyst. The other way to look at this is that Catalyst doesn’t see much current development, but someone could see this as a feature.

Even if Catalyst predates all the hyper-modern features that Mojo has, it’s still a modern framework, and a good one. I can’t show you a self contained script (you need a tree of files), but I’d like to show you what makes it very nice and powerful:

Now, I think it’s clear that in this way you can build deep hierarchies of paths with reusable components. This works really great with the DBIx::Class ORM, where you can chain queries as well. As you can imagine, this is far from a simple setup. On the contrary, this is an advanced setup for people who already know their way around web frameworks.

So, to sum up this excursion in the amazing land of Perl web frameworks: If you build something from scratch, go with Mojolicious. It’s your best bet. If nothing else, it’s super-easy to install, with basically no dependencies.

However, there’s no need to make a religion out of it. Rewriting code without a clear gain is a waste of time and money. A good developer should still be able to write maintainable code with the existing tools.