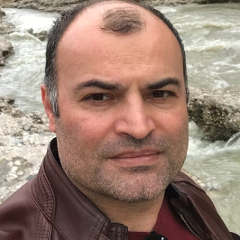 Code review is analysis of source code of a software project by reading the code itself or sometimes using automated tools to analyze it, and it is part of the Software Quality Assurance (SQA) activities which define the quality assurance of the whole software development lifecycle.

As we go through the flow of a code-review, we’ll understand what to assure by doing code review. Code review lifecycle covers the guidelines and the code review process itself.

Tips for reviewer during the code review

Regardless of what programming language is used to develop, code review should cover the following common areas:

Other practices can also be reviewed, like extensibility or OOP (Object Oriented Programming) software design patterns. These depend on possible future plans and the nature of the software being developed.

An Example Checklist for Java projects

I’d like to share a checklist below that I used for a project recently. I didn’t add my comments on the checklist items. The comments should be added to each item and if there are important details in the code, they should be added in the detailed report indicating the code blocks with the comments.

Reviewing is viewing the software by reviewer and the reviewers’ own comments and best practice notes will be used as the final output.

There are also static code analysis tools like PMD for Java which generally checks the code for bugs and clean code. This static code analysis, usually attached to the final code review report of the reviewer, is most helpful for an overview of the code.

Testing the code as a preparation for code review is another process that can be automated and already part of the SDLC processes. Some overlooked issues, like releasing resources and concurrency issues, can be also checked by automated tests and can be reported as automated code review results.

I have outlined the general code review cycle of a project.

Depending on the programming language and the architecture of the software to be developed there can be additional best practices like functional, non-functional, OOP design principles, etc.

Reviewers may extend or lessen their checklist items according to future plans, architecture or review request coverage.