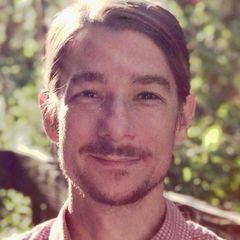 Dynamic and functional languages have greatly influenced C# as the language has matured. The introduction of the ‘var’ and ‘dynamic’ keywords allowed C# developers to write code that resembles a dynamic language like Python. The fluent method chaining of one of C# greatest features, LINQ, came from functional programming concepts.

The tuple class is a good example of a recent C# feature that combines aspects of dynamic and functional paradigms. The tuple is a common built-in feature in Python, but most C# developers are probably unaware of its benefits and usage. Tuples aren’t a huge deal, but they come in handy in several modern programming scenarios.

Say we need to call two APIs to create a music playlist and publish it to a social media site. We also want to wrap this functionality in a single method and return a boolean for whether or not the call was successful, as well as a specific, user-friendly error message. A tuple is helpful in this scenario.

The code above enables us to return multiple results without creating a strongly typed class with which to wrap them. Though the tuple is still strongly typed with a boolean and a string, it is more in the spirit of dynamic languages, or to use another term, “pythonic”. You don’t need to waste time and lines of code creating a throwaway class to wrap your results.

At this point, you may be thinking that you could use the out parameter to return multiple values. That is correct, and your method would look something like this.

The problem with the out keyword is that it doesn’t support asynchronous methods. To continue with our example, you may want to make PublishPlaylist an ‘async’ method, so that it doesn’t block the thread while you are waiting for API calls. This is another case where returning a tuple is useful.

I recommended making PublishPlaylist an async method so that it doesn’t block the thread. It turns out the relationship between async and threads is pretty complicated. However, if you actually need to do “real” multi-threading, using the Thread class or BackgroundWorker, tuples come in handy as well.

As a basic example, say you are writing a WinForms app that creates a large Excel spreadsheet. You don’t want to lock up the UI while the spreadsheet gets created, so you use BackgroundWorker. You can only pass one object between your main thread and the background thread when you fire off the BackgroundWorker RunAsync method, but you actually need to pass multiple objects: a string path to write the Excel file to, and an Excel export options class. You can use a tuple for this as well.

In the DoWork event that is fired by the RunAsync method, you can just cast your event arg object back to a tuple, like this.

One of the benefits of using tuples in a multi-threaded application is that tuples are immutable and deemed thread-safe (with a small caveat). Our BackgroundWorker example is too simplistic to highlight this, though it becomes very apparent in larger, multi-threaded, distributed computing environments. If you have multiple threads changing the state of an object, you can get into race conditions, inconsistent output, and other debugging nightmares. This is one reason why functional languages like F#, which champion immutability, are favored in these types of environments. Tuples are common in F#, so they eventually migrated over to C#.

The purpose of this post was not necessarily to highlight the Tuple class, but to show how C# is evolving thanks to the influence of other languages. Using dynamic and functional approaches with C# can help developers write code more efficiently and also can help in the asynchronous and distributed environments that are common today.