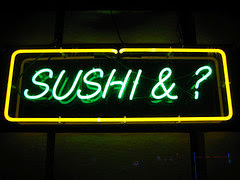 First, what are placeholders? They are special characters within a SQL statement that allow you to defer adding actual values until a later time. This has a number of advantages. First, it completely removes the need to worry about quoting your values. Second, it allows efficient re-use of queries. Third, it reduces network traffic as you do not need to send the entire query each time it is re-run. Fourth, it can allow for seamless translation of data types from Postgres to your client language and back again (for example, DBD::Pg translates easily between Perl arrays and Postgres arrays). There are three styles of placeholders supported by DBD::Pg—​question marks, dollar-signs, and colon-names.

Next, what are Postgres operators? They are special symbols withing a SQL statement that perform some action using as inputs the strings to the left and right side of them. It sounds more complicated than it is. Take this query:

Now the operator is ready to go. You should be able to run queries like this:

A question mark inside a SQL query can be both a placeholder and an operator, and the driver has no real way to figure out which is which. The first real use of a question mark as an operator was with the geometric operators and then with the hstore module, which allows storing and querying of key/value pairs. It uses a lone question mark to determine if a given value appears as a key in a hstore column. For example, if the goal is to find all rows in which an hstore column contains the value foobar, the SQL would be:

However, if you were to try this via a Perl script using the question-mark placeholder style, DBD::Pg would get confused (and rightly so):

Trying to use another placeholder style still does not work, as DBD::Pg still picks it up as a possible placeholder

A few years ago, a solution was developed: by setting the database handle attribute “pg_placeholder_dollaronly” to true, DBD::Pg will ignore the question mark and only treat dollar-sign numbers as placeholders:

Then came JSON and JSONB. Just like hstore, they have three operators with question marks in them: ?, ?& and ?|—​all of which will prevent the use of question-mark placeholders. However, some frameworks and supporting modules (e.g. SQL::Abstract and DBIx::Class) only support the question mark style of placeholder! Hence, another solution was needed. After some discussion on the dbi-users list, it was agreed that a backslash before a placeholder character would allow that character to be “escaped” and sent as-is to the database (minus the backslash). Thus, as of version 3.5.0 of DBD::Pg, the above query can be written as:

So, a fairly elegant solution. The only caveat is to beware of single and double quotes. The latter require two backslashes, of course. I recommend you always use double quotes and get in the habit of consistently using double backslashes. Not only will you thus never have to worry about single-vs-double, but it adds a nice little visual garnish to help that important backslash trick stand out a little more.

Much thanks to Tim Bunce for reporting this issue, herding it through dbi-users, and helping write the final DBD::Pg solution and code!