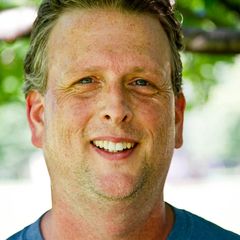 End Point recently began discussions with long-time Interchange client FrozenCPU about their desire to accept bitcoin payments. Because of the newness of bitcoin, as well as its non-traditional nature as a cryptocurrency, traditional payment gateways do not support it. While ideally suited to function as an exchange medium for ecommerce, we had to seek solutions that allowed for its integration into the checkout process.

After investigating their options, FrozenCPU elected to partner with BitPay to handle bitcoin payments. BitPay provides merchants with a solution similar in function to PayPal, where users are either redirected to the BitPay servers to complete payment, or the interaction with BitPay can be embedded directly into the merchant site via an iframe. In either case, all communication between customer and payment processor is direct.

Customers with a digital wallet then approve a transfer for the converted amount of bitcoin. Merchants need not display or maintain conversion rates; they can continue to use their native currency and BitPay will manage the exchange rate directly.

The payment negotiation is managed by the creation of an invoice which tracks the state of the payment through a sequence of status updates. Each status update can be thought of as analogous to a credit card transaction, but instead of a number of independent transactions related through references, the same invoice and identifier are used throughout.

At the point to finalize an order, a number of steps must be taken to complete the transaction using bitcoin. Again, the general process is most similar to PayPal, although no component of address management is included.

Bumps in the Road

This was our first venture into an emerging field with a young technology. We hit a few difficulties on our path to implementation:

We are looking forward to the anticipated success of accepting bitcoin for payment on FrozenCPU and the opportunity to explore this offering with our many other ecommerce clients.