How to deploy a containerized Django app with AWS Copilot 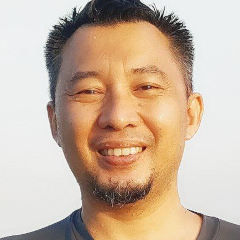 Generally there are 2 major options at AWS when it comes to deployment of containerized applications. You can either go for EKS or ECS.

EKS (Elastic Kubernetes Service) is the managed Kubernetes service by AWS. ECS (Elastic Container Service), on the other hand, is AWS’s own way to manage your containerized application. You can learn more about EKS and ECS on the AWS website.

The chosen one and the sidekick

With ECS chosen, now you have to find a preferably easy way to deploy your containerized application on it.

There are quite a number of resources from AWS that are needed for your application to live on ECS, such as VPC (Virtual Private Cloud), Security Group (firewall), EC2 (virtual machine), Load Balancer, and others. Creating these resources manually is cumbersome so AWS has came out with a tool that can automate the creation of all of them. The tool is known as AWS Copilot and we are going to learn how to use it.

Docker or Docker Desktop is required for building the Docker image later. Please refer to my previous article on how to install Docker Desktop on macOS, or follow Docker’s instructions for Linux and Windows.

We need to set up the Docker AWS CLI (command-line interface) for authentication and authorization to AWS.

Execute the following command to install the AWS CLI on macOS:

For other OSes see Amazon’s docs.

Create a Django project by using a Python Docker Image. You can clone my Git project to get the Dockerfile, docker-compose.yaml and requirements.txt that I’m using.

Go to the django-pilot directory and execute docker-compose to create a Django project named “mydjango”.

Edit mydjango/settings.py to allow all hostnames for its URL. This is required because by default AWS will generate a random URL for the application. Find the following variable and set the value as follows:

The Deployment with AWS Copilot

Create an AWS Copilot “Application”. This is a grouping of services such as web app or database, environments (development, QA, production), and CI/CD pipelines. Execute the following command to create an Application with the name of “mydjango”.

Select the Workload type. Since this Django is an internet-facing app we will choose the “Load Balanced Web Service”.

Give the Workload a name. We are going to name it “mydjango-web”.

Select the Dockerfile in the current directory.

Accept to create a test environment.

Wait and see. At the end of the deployment you will get the URL of your application. Open it in a browser. Now let’s migrate some data, create a superuser, and try to log in. The Django app comes with a SQLite database. Execute the following command to get a terminal for the Django app:

Once in the terminal, execute the following to migrate the initial data and to create the superuser: Now you may access the admin page and login by using the created credentials. You should see the Django admin: AWS Copilot is a tool to automate the deployment of AWS infrastructure for our containerized application needs. It takes away most of the worries about infrastructure and enables us to focus sooner on the application development.

For further info on AWS Copilot visit its website.