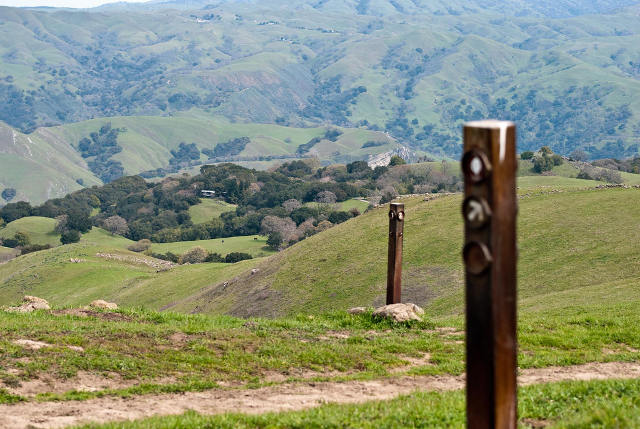 Kelani Nichole is a digital strategist who is also a contemporary art gallerist. Or maybe vice versa.

She works with the Theresa Neil Strategy + Design agency, doing user-centered design research for (mostly) big products at big companies. Her gallery, Transfer, presents internet and computer-based artworks in its Brooklyn, NY location and as pop-up installations around the country and the world.

We spoke about design methodology, client engagement, and salad at El Rey in Manhattan. We got right into it, so don’t expect much prelude.

Kelani Nichole: Existing designs are often based on legacy, opinions, and politics. The methodology I use is all about collaborative design. It’s part of the engagement from the beginning - you get people in a room drawing pictures together. Then when it comes across their desk as we’re building it, they see their own work in what you’re building, and there’s buy in.

It’s really kind of magic the way that it works. They don’t even realize it’s happening. It’s like the film Inception.

Liz Flyntz: When you come on to a new project do you do a presentation? Or are they just buying you on reputation?

KN: No, when I do new business I’ll go pitch the client. I say, “This is why you should have our services. This is what we’re going to offer you.” We usually do some examples of rough ideas where we can help when we’re selling in the engagement. So that’s all to sell the first project. And then at the end of that process we’ve sold our process and our skills, and then we can say how much our further engagement would be.

LF: What is the initial engagement?

KN: The initial engagement is a rapid four-week UX strategy where we come up with defined, actionable, strategy. Catered to the client with a bit of immersive research. Internal stakeholders brought in for interviews. A good kick off basically for a major project. This kind of engagement is a little different – it’s more UX focused. It’s more about building empathy for the people that you are serving both internally with your organization and externally with your audience as well as doing journey mapping and touch point mapping. So it is an audit, in a sense, but of the specific experience and environment of the product.

LF: How do you get the stakeholders to participate? With you or your organization?

KN: That just totally depends on what you are trying to figure out, how many users there are, and what the circumstances are of engaging them. It could be something like you go to an event and you interview people while they are doing something else and it’s very casual.

LF: But when you do that, you don’t have them use the site? You are not having them engage with the existing product, whatever that may be?

KN: That would only be for usability testing really. The kind of research I do is more about the qualitative… what they are seeing, thinking, feeling, doing. Things like that. I can point you to examples, such as empathy mapping.

So much of any digital experience, is the usability for the people who build it, have to maintain it, and work with it. Those are the people who are like, “oh, there’s people bitching at me because they don’t know where to click! Help me!”

It’s my job to make sure I know that person’s needs, stay on top of their concerns, and make sure that they product can deliver for them. Because they have to use it, far more than the person who clicks a few times to find something once, you know?

LF: So you’re constantly updating the stakeholders. But how do you gather the intel from them?

KN: There’s all these different methodologies and different session styles.

LF: Are you just recording everything and transcribing it?

KN: No, we do almost finished designs, we spend a lot of time talking to each other, that’s what the workshops about, getting people to talk to each other. It’s really amazing how well that works. Amazing.

LF: Do the designers get freaked out that you’re having non-designers make design content?

KN: No. Because we’re just doing like, ideation and sketching, and then it has to be refined. The designers who enter at that point have a lot more to go on then just sitting down, looking at whatever crap ideation they would have otherwise. And in this process, the designers end up with pictures of what these people are actually envisioning, and they can try to work towards what the goal is. They have a lot more to go on. But of course, designers will to change the design from the ideation. No one knows where to put things, and the same horrible ideas come out in all these workshops. It’s amazing.

KN: One is, “oh, where’s our help? Maybe we should have a talking head, and you ask it a question!” Without fail, if you’re doing a help pattern in a workshop, that will come out. It’s great the way the design studio works, because what you’re supposed to do is steal the best ideas from your peers, and then let the bad ideas die. And so, always in the first round, the “talking head” will die. It’s great, because the people are working through their own ideas. They’re like, “oh that’s not going to work, because it’s annoying as fuck.”

That’s what design workshops let you do. They work through their own bad ideas, and then you don’t have to hear their bad ideas anymore.

LF: It gets it out of the way. The way that I have always thought about the Internet, is like the logical extension of abstraction. It’s where abstraction rules, where representation doesn’t, or isn’t, needed. In the real world, the history of representation is always extant. Like we see it all the time. The frozen yogurt store is represented by a picture of frozen yogurt. But for software and websites abstraction rules. Having a picture of the closest thing to an abstract concept to represent the abstract concept is not the answer. Especially older, non-web native people, often want to revert to representation. And it’s difficult to draw them back from it. It isn’t always the best way to show someone a path by placing a giant picture of a path next to the path. We all rely on abstraction.

KN: So that is UX’s job, to get the client to understand why that’s a bad idea. And you do it by speaking to the clients. And the best way to do it is like get them to learn how to do it themselves. So in the end they come up with an arrow pointing to the path.

LF: At the end, do you deliver a written brief? Or do you do a presentation? Or what?

LF: And then do you give the client take away materials? Or are you just like good luck?

KN: We usually give them more. I mean, I usually work with a UI designer. But storyboards are actually a really powerful tool. Especially if they have done UI sketching along with your storyboards, then that’s a full set understanding. They know what they’re going get at that point.

KN: Yeah, like what happens for user before, during, and after. Journey mapping. Not a spreadsheet, but a real storyboard.

LF: So when would IA come in?

KN: At the point where we were probably actually starting to structure the data and the meat of the experience. Like once we knew the product was going to be a website, and we knew generally the parameters in which people would enter the website and in which context they would be looking for information.

LF: And at that point you already have user profiles?

KN: Yeah. And you would already know, for instance, “50% of the usage of this website is driven by email campaigns, reminding parents of dates that they have to come onto the site and do certain things.” Then we would know that that is the main path. We call it the happy path. And so you’re going to focus a lot of your consideration on the website.

LF: The happy path is about the travel?

KN: It’s like the ideal, it’s the idealized simple version. And then you deal with the exceptions from there. It’s how you do prioritization and UI design basically, like, what’s a happy path?

LF: That’s interesting. It’s like the path of least resistance.

KN: And, yeah, you’re going to focus on your highest revenue generating, or like your most important audience. And define their happy path.