We are excited to announce an expansion of End Point’s ecommerce clientele and our developer ranks! The ecommerce consulting company Perusion has joined End Point. Perusion was founded in 2002 by Mike Heins and Greg Hanson. It quickly became a small powerhouse in the open source ecommerce space, focusing on Interchange, Perl, and MySQL on Linux. We were pleased to welcome Perusion in a merger with End Point at the beginning of July. 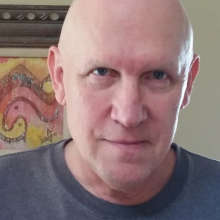 Mike Heins is the original creator of MiniVend in 1996. In 2000, Mike’s consultancy and MiniVend were acquired by the ecommerce startup Akopia. With numerous improvements, including the addition of a new full-featured administrative back-office, the new open source ecommerce platform Interchange was created. Akopia was acquired by Red Hat in 2001, and in 2002 the Interchange project became independent, led by its creators and a group of other open source developers who maintain it to this day. 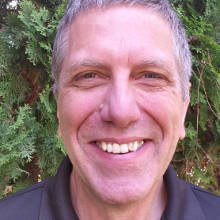 Greg Hanson is a serial entrepreneur and business manager and has worked extensively with data systems of many types. In the mid-1990s he started a computer products ecommerce company, Valuemedia, and oversaw every aspect of its evolution. Greg joined Mike to launch Perusion in 2002, and is now a client consultant and developer. He has shepherded several businesses from small mom & pop operations into strong companies providing goods and services around the world. 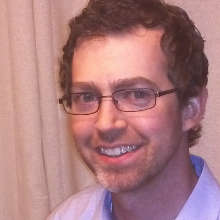 Josh Lavin began creating websites professionally in 1998 at his consultancy Kingdom Design. He grew his work into the ecommerce space, helping many companies sell their products online for the first time. Josh joined Perusion in 2007, bringing skills in marketing and user experience that are just as important as his development abilities. In recent years he has enjoyed moving client sites over to responsive front-end designs that work well on desktop, tablet, and mobile phone.

At End Point we got our start in the industry in 1995 by creating dynamic database-backed websites for our clients. Our tools of choice in those early days were Linux, Apache, msql and MySQL, and Perl. In the late 1990s we began focusing more on ecommerce websites specifically, and we added MiniVend and Interchange to the mix.

Later we branched out into PostgreSQL, Ruby on Rails and Spree, Python and Django, Perl Dancer, NodeJS, and other platforms, while we continued to support and enhance Interchange and the sites running on it. Today we still host and develop many successful ecommerce sites running Interchange, taking many thousands of orders worth millions of dollars every day. So we are delighted to have Perusion join us as we to continue to grow the Interchange-based part of our business.

We have already seen constructive collaboration in this merger, with longtime End Point employees able to add more helping hands to Perusion projects and further breadth of capabilities and depth of support, Perusion developers bringing their expertise to bear, and Perusion contacts leading to new projects and new business.

Perusion has always believed in going above and beyond the call of duty and has made their clients’ success their own goal. Likewise, we at End Point feel this is more than a business, and we value the personal relationships we have developed with each other and our clients over the years. We look forward to the new possibilities that are now available through this change, and are glad to welcome Perusion on board at End Point!