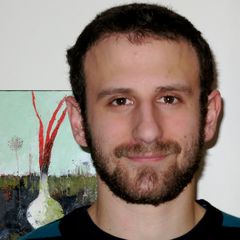 This past week End Point installed its newest Liquid Galaxy installation at Westfield State University. The unveiling on April 23rd featured a talk from local glass artist Josh Simpson (whom I have long admired) and a video conference with his wife Cady Coleman, a NASA astronaut. I volunteered to head up the installation effort for two reasons really: First, I was excited to have another Liquid Galaxy in an academic setting, and second, I am originally from western Massachusetts and I couldn’t resist the prospect of some home cooked meals courtesy of my mother.

I arrived at Westfield State to a small army of people who helped me with every aspect of the installation from creative electrical wiring to campus security kindly giving my car a jump. The team at Westfield made this installation a breeze and all the smiling faces made it easy to put in the extra effort to finish in time for the opening. As always I got great remote support from my End Point colleagues during the installation process.

Once the Liquid Galaxy started to take shape the excitement of the students who happened to be passing by was certainly a motivating factor, but the greatest perk was getting to show my parents and their friends what it is exactly that I have been working on for over a year now. Explaining or describing a Liquid Galaxy, or even showing videos of it, gives you only a rough idea of what it is. Actually standing at the system’s podium and controlling the Galaxy is the only way to grasp how incredible a tool or toy it can be. I know the GIS professors at Westfield would describe the system as a tool, but for me its greatest quality is that it is also a toy that engages and challenges you to think about your world in a different way. The Liquid Galaxy draws you in and encourages you to explore the world in a way that you haven’t done before. My work for End Point has focused on supporting the systems and extending the statistics we gather from them. It is easy to forget what these systems do and the incredible interactions people have with them on a daily basis. That being said, I am excited to help the professors and students at Westfield extend the functionality of their system by helping them load custom content and think of ways they can use the system in an education setting. One of my friends pointed out that Liquid Galaxy is combining fun and learning (a scary thought, I know) and as someone who struggled in traditional learning settings, this is something I used to daydream about during my lecture/note taking classes.

The unveiling went well and everyone present found something different to call their favorite, be it Google Art Project or Grand Canyon Street View or simply finding their favorite vacation spot in Google Earth. A couple of local news sources covered the opening: 22 News WWLP and ABC 40 WGGB both aired segments featuring the installation. I would like to thank all the student and staff at Westfield State who were so hospitable to me during my short time on their campus. I am also excited to see the new ways in which they use the Liquid Galaxy. 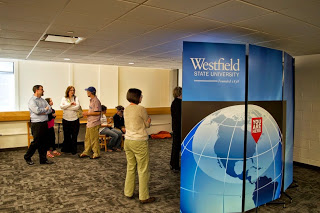 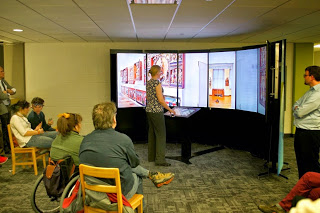 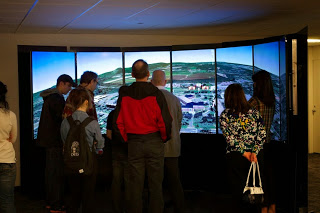 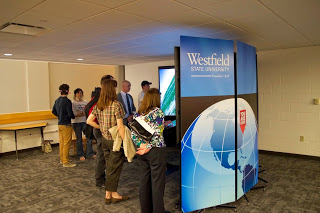