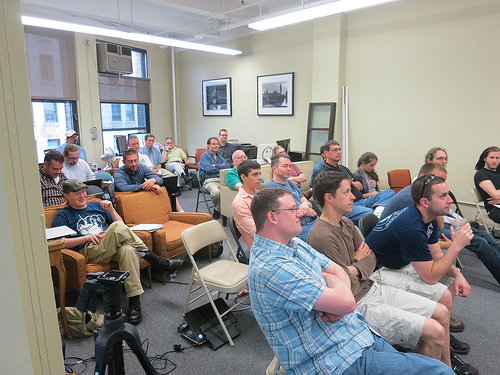 This first session is titled Liquid Galaxy past, present, and future. given by Ben. Liquid Galaxy is an immersive 360° Google Earth experience that has been leveraged for custom tours, GIS data, 3D models, and even video games. Here are a few of the things that Ben covered during his talk: