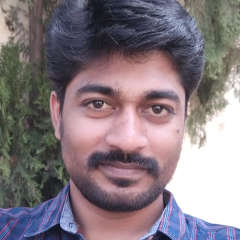 Photo by Kristoffer Trolle, CC BY 2.0

At End Point Dev we mostly use SSH keys for authentication when connecting to remote servers and Git services. The majority of the time, the servers we are trying to visit are barred from direct access and require a middle “jump server” instead.

Enabling SSH agent forwarding makes it easier to reuse SSH private keys. It keeps the private keys on our local machine and uses them to authenticate with each server in the chain without entering a password.

However, this approach comes with an inherent risk of the agent being hijacked if one of the servers is compromised. This means a bad guy could use the SSH keys to compromise downstream servers.

In this post, we’ll cover a simple way to protect against SSH agent hijacking. We will see in detail on macOS how to configure a system-wide agent using ssh-askpass to pop up a graphical window to ask for confirmation before using the agent.

It is strongly recommended to use the -c option on the ssh-add command when adding your SSH keys to the agent in order to protect yourself against SSH agent hijacking.

With this, every time a request is made to utilize the private key stored in the SSH agent, ssh-askpass will display a prompt on your local computer asking you to approve the usage of the key. By doing this, it becomes more difficult for a remote attacker to use the private key without authorization.

If you don’t want to use the ssh-askpass agent confirmation, I recommend using the OpenSSH feature ProxyJump rather than agent forwarding to get an equivalent level of security.

So let’s set this up. The recommended way is with Homebrew:

You might see some warnings. Go ahead and proceed with them.

Now we need to start the Homebrew services. Note that this is a brew service, not a regular macOS daemon service.

To list the services and make sure it’s started:

If you prefer MacPorts, do:

And of course you can install from source if you wish:

Configure the SSH agent with the ssh-add -c option

You will be prompted to confirm the private key’s usage with the pop-up window:

Since it’s too easy to hit the spacebar and accept a connection, ssh-askpass defaults to the cancel option. We can use keyboard shortcuts to press “OK” by following the below steps.

Now you can press tab ⇥ and then the spacebar to select “OK”.