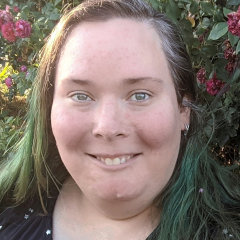 With the onset of COVID-19, a lot of companies started remote work and had to allow their employees to access systems remotely while keeping unwanted traffic out.

As a company of almost all remote workers, even pre-pandemic, we have long had a solution for this. We have a web application that allows people to register their current IP address with one or more servers to gain access to staging sites, SSH, SFTP, databases, and other services that aren’t open to the public.

The application relies on host-based firewalls iptables (Linux) or pf (OpenBSD) to give people access to the system. For customers using cloud providers like AWS, we added support for this application to work with AWS Security Groups.

The system uses a single web application and relies on the Apache mod_authn_file format and htpasswd command to create users and hashed passwords for the system. htpasswd allows you to create bcrypt, MD5, SHA-1, and Unix crypt passwords. We suggest using bcrypt wherever possible, since it is the only one in that list which is not fairly easily reversible nowadays.

The system also allows for grouping of users to allow them access to different sets of systems. These are handled by the simple Apache mod_authz_groupfile format that looks like this:

The groups in this file then dictate what servers and services you are allowed to access. For example, the dbs group might allow you ssh and database connectivity to the specific production and replication database systems in AWS. It does this by adding rules to the proper security groups in AWS via their API.

We typically set up two different security groups that a set of servers can use: a static whitelist and a dynamic whitelist. The static whitelist is populated with IP addresses that should always be allowed in. This could be anything from a set of IP addresses for people still working at the office to employees’ dedicated IP addresses from their ISPs. This could also be certain other systems (remote data sources or such) that would need access to these systems. The dynamic whitelist is what the web application will add rules to after someone enters their proper username and password.

Now that we’ve reviewed the way to setup users and the way users can be organized into groups, we can talk about how the web application interfaces with AWS itself.

After the user passes the username and password validation, the system will use the AWS API key to add the user to the appropriate security groups. We need certain information about each security group we are going to add people to: the Security Group ID, description, profile, and region. We also need to know what ports we are going to open for someone for this group.

The secret sauce in this is interfacing with AWS’s security group.

Create a new security group in the account—one per server or logical group (e.g. TCP port 22 for SSH on all servers).

Then create a new IAM account. Go to the IAM menu and click on Groups in the side tab.

The write functions you’ll need to attach to a specific security group or groups, which you created earlier.

When you’re done, you should have:

Attach the security group to your VM.

You’ll need to make calls to the security groups over the API. You can find more info about the API call for changing firewall rules in AWS’s docs.

When the layers combine