Photo by Marco Verch, used under CC BY 2.0

I was a longtime Safari user who eventually became disappointed with its limited extension support (as compared to Chrome or Firefox-based browsers); there was once a Safari version of Vue.js devtools that required some manual installation, but development on that version ended back in early 2018.

Installation of vue-remote-devtools was simple, with just a single yarn global add @vue/devtools command. Once installed, I was able to run the app with a vue-devtools command which opened a new window on my desktop: 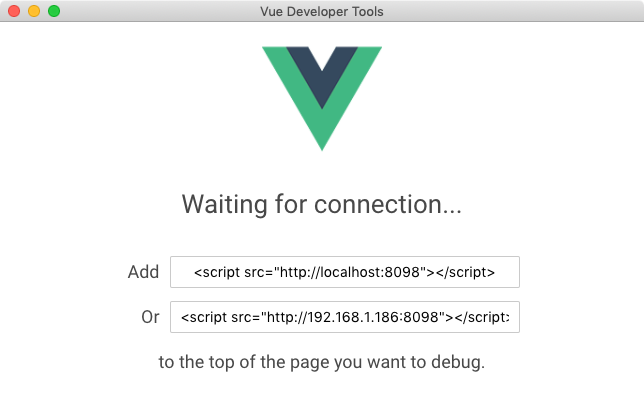 Then it was a matter of updating my Vue.js application to connect to Vue.js remote devtools running locally on my laptop. I added the <script src="http://localhost:8098"></script> tag to my application’s index page as described in the vue-remote-devtools documentation. When I loaded my Vue.js application in Safari I was confronted with a new problem: a Content-Security-Policy error preventing the browser from connecting to local port 8098:

My Vue.js application is served from a Rails application via webpacker and already had a CSP in place, so it was relatively easy to update that with the needed configuration:

After restarting Rails to load the updated CSP initializer, my Vue.js application successfully connected to Vue.js remote devtools and I saw an interface that was almost identical to what I was used to from the Chrome Vue.js devtools extension: 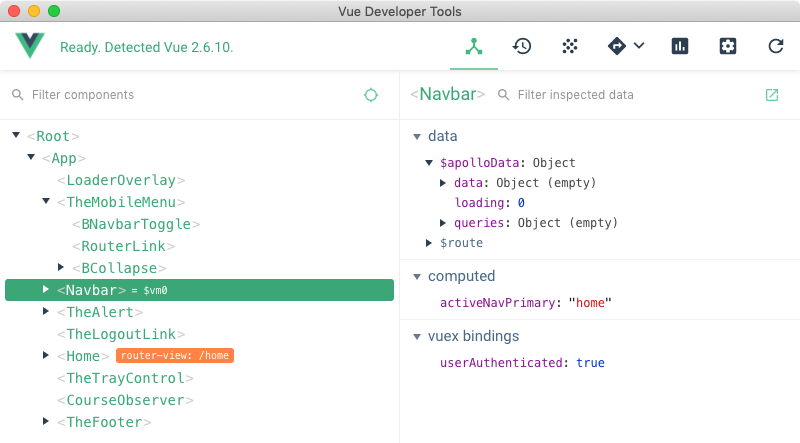 I’m glad that vue-remote-devtools exists and provides feature parity with the browser-based devtools, especially for debugging Vue.js applications running on mobile devices where there are no alternatives, but I will be sticking with the Chrome extension for my everyday use. I didn’t like the additional configuration needed to add a separate script tag and make a change to the CSP just to get the remote devtools connection established; in a multi-developer project, the script tag would introduce “Failed to load resource” browser console errors for any other developers who didn’t happen to be running remote devtools on their machines. I also found myself missing the way that the Chrome/Firefox extensions integrate nicely alongside those browsers’ existing developer tools, making it easy to switch between the Vue.js devtools and the JavaScript console or Elements view.