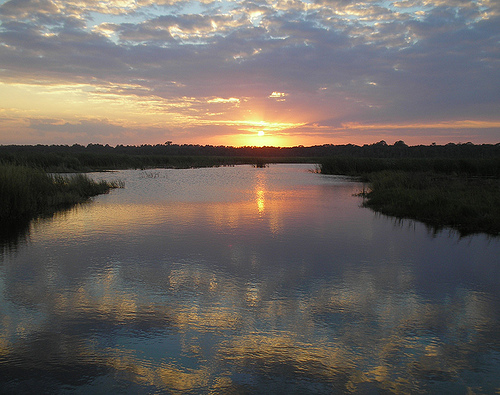 Upgrading Postgres is not quite as painful as it used to be, thanks primarily to the pg_upgrade program, but there are times when it simply cannot be used. We recently had an existing End Point client come to us requesting help upgrading from their current Postgres database (version 9.2) to the latest version (9.6—​but soon to be 10). They also wanted to finally move away from their SQL_ASCII encoding to UTF-8. As this meant that pg_upgrade could not be used, we also took the opportunity to enable checksums as well (this change cannot be done via pg_upgrade). Finally, they were moving their database server to new hardware. There were many lessons learned and bumps along the way for this migration, but for this post I’d like to focus on one of the most vexing problems, the database encoding.

When a Postgres database is created, it is set to a specific encoding. The most common one (and the default) is “UTF8”. This covers 99% of all user’s needs. The second most common one is the poorly-named “SQL_ASCII” encoding, which should be named “DANGER_DO_NOT_USE_THIS_ENCODING”, because it causes nothing but trouble. The SQL_ASCII encoding basically means no encoding at all, and simply stores any bytes you throw at it. This usually means the database ends up containing a whole mess of different encodings, creating a “byte soup” that will be difficult to sanitize by moving to a real encoding (i.e. UTF-8).

Many tools exist which convert text from one encoding to another. One of the most popular ones on Unix boxes is “iconv”. Although this program works great if your source text is using one encoding, it fails when it encounters byte soup.

For this migration, we first did a pg_dump from the old database to a newly created UTF-8 test database, just to see which tables had encoding problems. Quite a few did—​but not all of them!—​so we wrote a script to import tables in parallel, with some filtering for the problem ones. As mentioned above, iconv was not particularly helpful: looking at the tables closely showed evidence of many different encodings in each one: Windows-1252, ISO-8859-1, Japanese, Greek, and many others. There were even large bits that were plainly binary data (e.g. images) that simply got shoved into a text field somehow. This is the big problem with SQL_ASCII: it accepts everything, and does no validation whatsoever. The iconv program simply could not handle these tables, even when adding the //IGNORE option.

To better explain the problem and the solution, let’s create a small text file with a jumble of encodings. Discussions of how UTF-8 represents characters, and its interactions with Unicode, are avoided here, as Unicode is a dense, complex subject, and this article is dry enough already. :)

First, we want to add some items using the encodings ‘Windows-1252’ and ‘Latin-1’. These encoding systems were attempts to extend the basic ASCII character set to include more characters. As these encodings pre-date the invention of UTF-8, they do it in a very inelegant (and incompatible) way. Use of the “echo” command is a great way to add arbitrary bytes to a file as it allows direct hex input:

This file looks ugly. Notice all the “wrong” characters when we simply view the file directly:

Running iconv is of little help:

After testing a few other tools, we discovered the nifty Encoding::FixLatin, a Perl module which provides a command-line program called “fix_latin”. Rather than being authoritative like iconv, it tries its best to fix things up with educated guesses. Its documentation gives a good summary:

The script acts as a filter, taking source data which may contain a mix of ASCII, UTF8, ISO8859-1 and CP1252 characters, and producing output will be all ASCII/UTF8.

While this works great for fixing the Windows-1252 and Latin-1 problems (and thus accounted for at least 95% of our table’s bad encodings), it still allows “invalid” UTF-8 to pass on through. Which means that Postgres will still refuse to accept it. Let’s check our test file:

The UTF-8 specification is rather dense and puts many requirements on encoders and decoders. How well programs implement these requirements (and optional bits) varies, of course. But at the end of the day, we needed that data to go into a UTF-8 encoded Postgres database without complaint. When in doubt, go to the source! The relevant file in the Postgres source code responsible for rejecting bad UTF-8 (as in the examples above) is src/backend/utils/mb/wchar.c Analyzing that file shows a small but elegant piece of code whose job is to ensure only “legal” UTF-8 is accepted:

Now that we know the UTF-8 rules for Postgres, how do we ensure our data follows it? While we could have made another standalone filter to run after fix_latin, that would increase the migration time. So I made a quick patch to the fix_latin program itself, rewriting that C logic in Perl. A new option “–strict-utf8” was added. Its job is to simply enforce the rules found in the Postgres source code. If a character is invalid, it is replaced with a question mark (there are other choices for a replacement character, but we decided simple question marks were quick and easy—​and the surrounding data was unlikely to be read or even used anyway).

Voila! All of the data was now going into Postgres without a problem. Observe:

What are the lessons here? First and foremost, never use SQL_ASCII. It’s outdated, dangerous, and will cause much pain down the road. Second, there are an amazing number of client encodings in use, especially for old data, but the world has pretty much standardized on UTF-8 these days, so even if you are stuck with SQL_ASCII, the amount of Windows-1252 and other monstrosities will be small. Third, don’t be afraid to go to the source. If Postgres is rejecting your data, it’s probably for a very good reason, so find out exactly why. There were other challenges to overcome in this migration, but the encoding was certainly one of the most interesting ones. Everyone, the client and us, is very happy to finally have everything using UTF-8!