The mystery of the disappearing SSH key 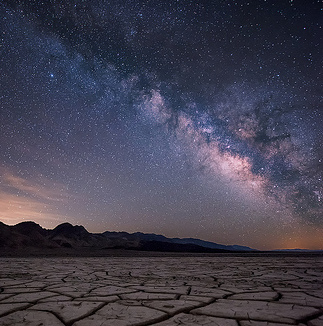 SSH (Secure Shell) is one of the programs I use every single day at work, primarily to connect to our client’s servers. Usually it is a rock-solid program that simply works as expected, but recently I discovered it behaving quite strangely - a server I had visited many times before was now refusing my attempts to login. The underlying problem turned out to be a misguided decision by the developers of OpenSSH to deprecate DSA keys. How I discovered this problem is described below (as well as two solutions).

The use of the ssh program is not simply limited to logging in and connecting to remote servers. It also supports many powerful features, one of the most important being the ability to chain multiple connections with the ProxyCommand option. By using this, you can “login” to servers that you cannot reach directly, by linking together two or more servers behind the scenes.

As as example, let’s consider a client named “Acme Anvils” that strictly controls access to its production servers. They make all SSH traffic come in through a single server, named dmz.acme-anvils.com, and only on port 2222. They also only allow certain public IPs to connect to this server, via whitelisting. On our side, End Point has a server, named portal.endpoint.com, that I can use as a jumping off point, which has a fixed IP that we can give to our clients to whitelist. Rather than logging in to “portal”, getting a prompt, and then logging in to “dmz”, I can simply add an entry in my ~/.ssh/config file to automatically create a tunnel between the servers - at which point I can reach the client’s server by typing “ssh acmedmz”:

Notice that the “Host” name may be set to anything you want. The connection to the client’s server uses a non-standard port, and the username changes from “greg” to “endpoint”, but all of that is hidden away from me as now the login is simply:

It’s unusual that I’ll actually need to do any work on the dmz server, of course, so the tunnel gets extended another hop to the db1.acme-anvils.com server:

Notice how the second ProxyCommand references the “Host” of the section above it. Neat stuff. When I type “ssh acemdb1”, I’m actually connecting to the portal.endpoint.com server, then immediately running the netcat (nc) command in the background, then going through netcat to dmz.acme-anvils.com and running a second netcat command on that server, and finally going through both netcats to login to the db1.acme-anvils.com server. It sounds a little complicated, but quickly becomes part of your standard tool set once you wrap your head around it. After you update your .ssh/config file, you soon forget about all the tunneling and feel as though you are connecting directly to all your servers. That is, until something breaks, as it did recently for me.

The actual client this happened with was not “Acme Anvils”, of course, and it was a connection that went through four servers and three ProxyCommands, but for demonstration purposes let’s pretend it happened on a simple connection to the dmz.acme-anvils.com server. I had not connected to the server in question for a long time, but I needed to make some adjustments to a tail_n_mail configuration file. The first login attempt failed completely:

Although the connection to portal.endpoint.com worked fine, the connection to the client server failed. This is not an unusual problem: it usually signifies that either ssh-agent is not running, or that I forgot to feed it the correct key via the ssh-add program. However, I quickly discovered that ssh-agent was working and contained all my usual keys. Moreover, I was able to connect to other sites with no problem! On a hunch, I tried breaking down the connections into manual steps. First, I tried logging in to the “portal” server. It logged me in with no problem. Then I tried to login from there to dmz.acme-anvils.com—​which also logged me in with no problem! But trying to get there via ProxyCommand still failed. What was going on?

When in doubt, crank up the debugging. For the ssh program, using the -v option turns on some minimal debugging. Running the original command from my computer with this option enabled quickly revealed the problem:

The problem is that my DSA key (the “ssh-dss key”) was rejected by my ssh program. As we will see below, DSA keys are rejected by default in recent versions of the OpenSSH program. But why was I still able to login when not hopping through the middle server? The solution lays in the fact that when I use the ProxyCommand, my ssh program is negotiating with the final server, and is refusing to use my DSA key. However, when I ssh to the portal.endpoint.com server, and then on to the next one, the second server has no problem using my (forwarded) DSA key! Using the -v option on the connection from portal.endpoint.com to dmz.acme-anvils.com reveals another clue:

If you look closely at the above, you will see that we first offered an RSA key, which was rejected, and then we successfully offered a DSA key. This means that the endpoint@dm account has a DSA, but not a RSA, public key inside of its ~/.ssh/authorized_keys file. Since I was able to connect to portal.endpoint.com, its ~/.ssh/authorized_keys file must have my RSA key.

For the failing connection, ssh was able to use my RSA key to connect to portal.endpoint.com, run the netcat command, and then continue on to the dmz.acme-anvils.com server. However, this connection failed as the only key my local ssh program would provide was the RSA one, which the dmz server did not have.

For the working connection, ssh was able to connect to portal.endpoint.com as before, and then into an interactive prompt. However, when I then connected via ssh to dmz.acme-anvils.com, it was the ssh program on portal, not my local computer, which negotiated with the dmz server. It had no problem using a DSA key, so I was able to login. Note that both keys were happily forwarded to portal.endpoint.com, even though my ssh program refused to use them!

The quick solution to the problem, of course, was to upload my RSA key to the dmz.acme-anvils.com server. Once this was done, my local ssh program was more than happy to login by sending the RSA key along the tunnel.

As mentioned earlier, this whole mess was caused by the OpenSSH program deciding to deprecate DSA keys. Their rationale for targeting all DSA keys seems a little weak at best: certainly I don’t feel that my 2048-bit DSA key is in any way a weak link. But the writing is on the wall now for DSA, so you may as well replace your DSA keys with RSA ones (and an ed25519 key as well, in anticipation of when ssh-agent is able to support them!). More information about the decision to force out DSA keys can be found in this great analysis of the OpenSSH source code.