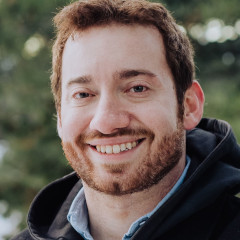 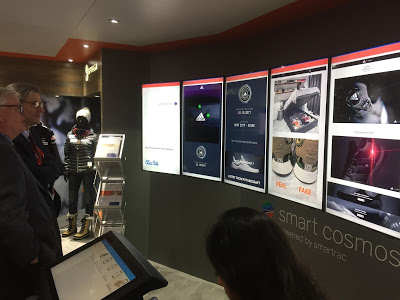 Smartrac provides data analytics to retail chains by tracking physical goods with NFC and Bluetooth tags that combine to track goods all the way from the factory to the distribution center to retail stores. It’s a complex but complete solution. How best to visualize all that data and show the incredible value that Smartrac brings? Seven screens with real time maps in Cesium, 3D store models in Unity, and browser-based dashboards, of course. End Point has been working with Smartrac for a number of years as a development resource on their SmartCosmos platform, helping them with UX and back-end database interfaces. This work included development of REST-based APIs for data handling, as well as a Virtual Reality project utilizing the Unity game engine to visualize data and marketing materials directly on several platforms including the Oculus Rift, the Samsung Gear 7 VR, and WebGL. Bringing that back-end work forward in a highly visible platform for the retail conference was a natural extension for them, and the Liquid Galaxy fulfilled that role perfectly. The large Liquid Galaxy display allowed Smartrac to showcase some of their tools on a much larger scale.

For this project, End Point deployed two new technologies for the Liquid Galaxy:

Smartrac showcased multiple scenes that incorporated 3D content with live data, labels superimposed on maps, and a multitude of supporting metrics. End Point developers worked on custom animation to show their tools in a engaging demo. During the convention, Smartrac had representatives leading attendees through the Liquid Galaxy presentations to show their data. Video of these presentations can be viewed below.

Smartrac’s Liquid Galaxy received positive feedback from everyone who saw it, exhibitors and attendees alike. Smartrac felt it was a great way to walk through their content, and attendees both enjoyed the content and were intrigued by the display on which they were seeing the content. Many attendees who had never seen Liquid Galaxy inquired about it.