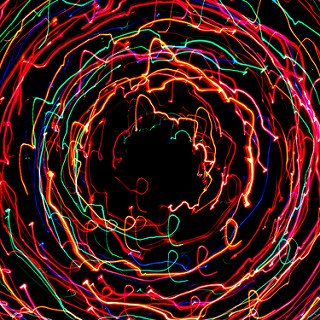 Bucardo is very good at replicating data among Postgres databases (as well as replicating to other things, such as MariaDB, Oracle, and Redis!). However, sometimes you need to work outside the normal flow of trigger-based replication systems such as Bucardo. One such scenario is when many changes need to be made to your replicated tables. And by a lot, I mean many millions of rows. When this happens, it may be faster and easier to find an alternate way to replicate those changes.

When a change is made to a table that is being replicated by Bucardo, a trigger fires and stores the primary key of the row that was changed into a “delta” table. Then the Bucardo daemon comes along, gathers a list of all rows that were changed since the last time it checked, and pushes those rows to the other databases in the sync (a named replication set). Although all of this is done in a fast and efficient manner, there is a bit of overhead that adds up when (for example), updating 650 million rows in one transaction.

The first and best solution is to simply hand-apply all the changes yourself to every database you are replicating to. By disabling the Bucardo triggers first, you can prevent Bucardo from even knowing, or caring, that the changes have been made.

To demonstrate this, let’s have Bucardo replicate among five pgbench databases, called A, B, C, D, and E. Databases A, B, and C will be sources; D and E are just targets. Our replication looks like this: ( A <=> B <=> C ) => (D, E). First, we create all the databases and populate them:

Now that those are done, let’s install Bucardo, teach it about these databases, and create a sync to replicate among them as described above. 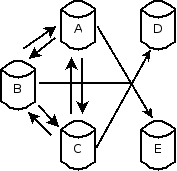 At this point, we have five databases all ready to go, and Bucardo is setup to replicate among them. Let’s do a quick test to make sure everything is working as it should.

Let’s imagine that the bank discovered a huge financial error, and needed to increase the balance of every account created in the last two years by 20 dollars. Let’s further imagine that this involved 650 million customers. That UPDATE will take a very long time, but will suffer even more because each update will also fire a Bucardo trigger, which in turn will write to another “delta” table. Then, Bucardo will have to read in 650 million rows from the delta table, and (on every other database in the sync) apply those changes by deleting 650 million rows then COPYing over the correct values. This is one situation where you want to sidestep your replication and handle things yourself. There are three solutions to this. The easiest, as mentioned, is to simply do all the changes yourself and prevent Bucardo from worrying about it.

The basic plan is to apply the updates on all the databases in the syncs at once, while using the session_replication_role feature to prevent the triggers from firing. Of course, this will prevent all of the triggers on the table from firing. If there are some non-Bucardo triggers that must fire during this update, you might wish to temporarily set them as ALWAYS triggers.

As a second solution, what about the event involving a junior DBA who made all those updates on one of the source databases without disabling triggers? When this happens, you would probably find that your databases are all backed up and waiting for Bucardo to handle the giant replication job. If the rows that have changed constitute most of the total rows in the table, your best bet is to simply copy the entire table. You will also need to stop the Bucardo daemon, and prevent it from trying to replicate those rows when it starts up by cleaning out the delta table. As a first step, stop the main Bucardo daemon, and then forcibly stop any active Bucardo processes:

Now to clean out the delta table. In this example, the junior DBA updated the “beta” database, so we look there. We may go ahead and truncate it because we are going to copy the entire table after that point.

The delta table will continue to accumulate changes as applications update the table, but that is okay—​we got rid of the 650 million rows. Now we know that beta has the canonical information, and we need to get it to all the others. As before, we use session_replication_role. However, we also need to ensure that nobody else will try to add rows before our COPY gets in there, so if you have active source databases, pause your applications. Or simply shut them out for a while via pg_hba.conf! Once that is done, we can copy the data until all databases are identical to “beta”:

Aha! Note that we used the –foreign-keys option when creating the pgbench tables above. We will need to remove the foreign key, or simply copy both tables together. Let’s do the latter:

Note: if your tables have a lot of constraints or indexes, you may want to disable those to speed up the COPY. Or even turn fsync off. But that’s the topic of another post.

Our final solution is a variant on the last one. As before, the junior DBA has done a mass update of one of the databases involved in the Bucardo sync. But this time, you decide it should be easier to simply remove the deltas and apply the changes manually. As before, we shut down Bucardo. Then we determine the timestamp of the mass change by checking the delta table closely:

Now we want to carefully excise those deltas. With that many rows, it is quicker to save/truncate/copy than to do a delete:

Now that the deltas are removed, we want to emulate what caused them on all the other servers. Note that this query is a contrived one that may lend itself to concurrency issues. If you go this route, make sure your query will produce the exact same results on all the servers.

That concludes the solutions for when you have to make a LOT of changes to your database. How do you know how much is enough to worry about the solutions presented here? Generally, you can simply let Bucardo run—​you will know when everything crawls to a halt that perhaps trying to insert 465 million rows at once was a bad idea. :)