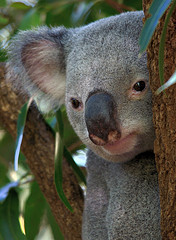 The wonderful tail_n_mail program continues to provide me with new mysteries from our Postgres clients. One of the main functions it provides is to send an immediate email to us when an unexpected FATAL (or ERROR or PANIC) message appears in the Postgres logs. While these are often simple application errors, or deeper problems such as running out of disk space, once in a blue moon you see something completely unexpected. Some time ago, I saw a bunch of these messages appear in an email from a tail_n_mail email:

I knew what caused this error in general, but decided to get to the bottom of the problem. Before we go into the specific error, let’s review what causes this particular message to appear. When a Postgres client (such as psql or DBD::Pg) connects to Postgres, the first thing it does is to issue a startup message. One of the things included in this request is the version of the Postgres protocol the client wishes to use. Since 2003, Postgres servers have been using version 3.1. It is very rare to see a client or server that uses anything else. Because this protocol number request occurs at the very start of the connection request, non-Postgres programs often trigger this error, because the server is expecting a number at the start of the request.

We can verify this by use of a small Perl script that connects to the server, and sends an invalid protocol request:

After running the above program, a new error pops up in the Postgres logs as expected:

There is our error, as expected. The “unknown”s are because my log_line_prefix looks like this: %t %u@%d [%p]. While the timestamp (%t) and the process ID (%p) are easily filled in, the login failed, so both the user (%u) and database (%d) are still unknown.

Now on to our specific error, which you will recall is “unsupported frontend protocol 65363.19778”. The above program shows that the protocol number is sent in a specific format. Let’s use Perl to display the numbers 65363.19778 and see if there are any clues buried within it:

Some sort of unprintable character in there; let’s take a deeper look just for completeness:

Aha! SMB is not just a random placement of three letters, it is a big clue as to what is causing this message. SMB stands for Server Message Block, and is used by a variety of things. We can guess that this is either some program randomly hitting the Postgres port without realizing what it is, or some sort of purposeful port scanner. Why would something want to connect to the port but not log in? For one, you can determine the version of Postgres without logging in.

To cut to the chase, the culprit is the nmap program. In addition to simply scanning ports, it has the ability to do a deeper inspection to determine not only what is running on each port, but what version it is as well (with the “-sV” argument). Let’s see nmap in action. We will use a non-standard Postgres port so as not to give it any additional hints about what is on that port:

It looks like it triggered the “unsupported protocol” message, based on what was returned. Taking a peek at the Postgres 9.3 logs shows our mystery message:

As a final check, let’s confirm that nmap is using SMB when it runs the version check:

Bingo. Mystery solved. If you see that error in your logs, it is most likely caused by someone running nmap in version detection mode.