Connected to PgBouncer or Postgres? 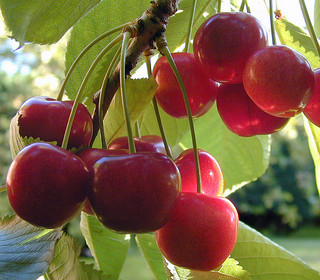 Determining if your current database connection is using PgBouncer, or going directly to Postgres itself, can be challenging, as PgBouncer is a very low-level, transparent interface. It is possible, and here are some detection methods you can use.

This was inspired by someone asking on the Perl DBD IRC channel if it was possible to easily tell if your current database handle (usually “$dbh”) is connected to PgBouncer or not. Since I’ve seen this question asked in other venues, I decided to take a crack at it.

There are actually two questions to be answered: (1) are we connected to PgBouncer, and if so, (2) what pool_mode is being run? The quickest and easiest way I found to answer the first question is to try and connect to a non-existent database. Normally, this is a FATAL message, as seen here:

However, a slightly different ERROR message is returned if the same thing is attempted while connected to PgBouncer:

Thus, an ERROR will always indicate that you are connected to PgBouncer and not directly to Postgres, which will always issue a FATAL.

In the future, there will be an even simpler method. As of this writing, pgBouncer 1.6 has not been released, but it will have the ability to customize the application_name. This is a configurable session-level variable that is fairly new in Postgres. Andrew Dunstan wrote a patch which enables adding this to your pgbouncer.ini file:

This will make PgBouncer modify the application_name to append some information to it such as the remote host, the remote port, and the local port. This is a feature many PgBouncer users will appreciate, as it offers an escape from the black hole of connection information that PgBouncer suffers from. Here is what it looks like on both a normal Postgres connection, and a PgBouncer connection. As you can see, this is an easier check than the “invalid database connection” check above:

First, we can check if we are connected to PgBouncer in a statement level pool mode by taking advantage of the fact that multi-statement transactions are prohibited. PgBouncer enforces this by intercepting any attempts to enter a transaction (e.g. by issuing a BEGIN command). A very PgBouncer specific error about “Long transactions not allowed” is issued back to the client like so:

So, that takes care of detecting a pool_mode set to “statement”. The other two modes, transaction and session, will not give the same error. Thus, seeing that error indicates you are using a statement-level PgBouncer connection.

The next pool mode is “transaction”, which means that the server connection if released back to the pool at the end of a transaction. To figure out if we are in this mode, we take advantage of the fact that PgBouncer can be set to clean up the connection at the end of each transaction by issuing a specific command. By default, the command set by server_reset_query is DISCARD ALL, which invalidates any prepared statements, temporary tables, and other transaction-spanning, session-level items. Thus, our test will see if these session-level artifacts get discarded or not:

Keep in mind that there are no true “transactionless” commands in Postgres. Even though we did not use a BEGIN in the psql prompt above, each command is treated as its own mini-transaction. In the case of the PgBouncer connection, the prepare is immediately followed with a DISCARD ALL, which means that our prepared statement no longer exists. Hence, we have determined that we are using a transaction-level PgBouncer connection.

Unfortunately, not getting an error does not necessarily mean your PgBouncer is NOT in transaction mode! A very negative sentence! It could be that server_reset_query is empty, meaning that temporary artifacts are not discarded at the end of the transaction. In such a case, we can take advantage of the fact that PgBouncer will allow other clients to share in our current connection, and thus be able to see the temporary items. If we create a temporary table in one pgbouncer connection, then connect again as a new client, the temporary table will only show up if we are sharing sessions but not transactions. Easier shown than explained, I suspect:

The final PgBouncer pool mode is “session”, and basically means the only advantage over a normal Postgres connection is the overhead to start up and connect to a new Postgres backend. Thus, the PgBouncer connections are only returned to the pool upon disconnection. The only way to tell if you are in this mode is by determining that you are not in the other two modes. :)

So, although PgBouncer is extremely transparent, there are some tricks to determine if you are connected to it, and at what pool_mode. If you can think of other (SQL-level!) ways to check, please let me know in the comments section.