A few weeks ago, Google announced that starting on April 21 it will expand its “use of mobile-friendliness as a ranking signal” which “will have a significant impact in our search results”.

The world of search engine optimization and online marketing is aflutter about this announcement, given that even subtle changes in Google’s ranking algorithm can have major effects to improve or worsen any particular site’s ranking. And the announcement was made less than two months in advance of the announced date of the change, so there is not much time to dawdle.

Google has lately been increasing its pressure on webmasters (is that still a real term‽) such as with its announcement last fall of an accelerated timetable for sunsetting SSL certificates with SHA-1 signatures. So far these accelerated changes have been a good thing for most people on the Internet.

In this case, Google provides an easy Mobile-Friendly Site Test that you can run on your sites to see if you need to make changes or not: 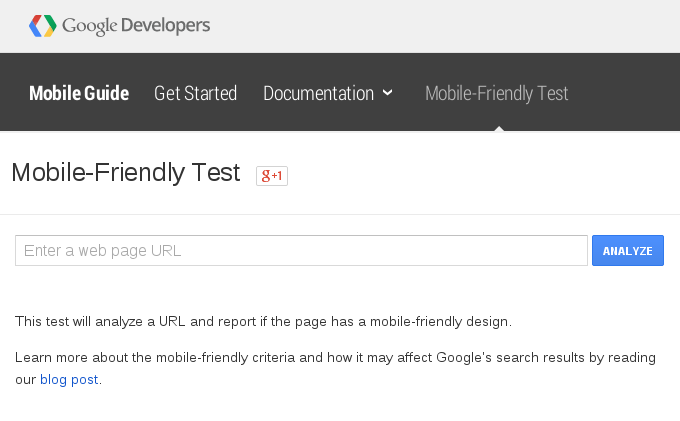 So get on it and check those sites! I know we have a few that we can do some work on.