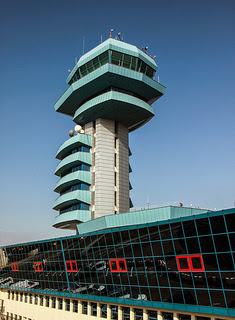 A little while ago, I bought a Chromebook as an alternative to my sturdy-but-heavy laptop. So far, it has been great—​quick boot up, no fan, long battery life, and light as a feather. Perfect for bringing from room to room, and for getting some work done in a darkened bedroom at night. The one large drawback was a lack of SSH, a tool I use very often. I’ll describe how I used one-time passwords to overcome this problem, and made my Chromebook a much more productive tool.

The options for using SSH on Chrome OS are not that good. I downloaded and tried a handful of apps, but each had some significant problems. One flaw shared across all of them was a lack of something like ssh-agent, which will cache your SSH passphrase so that you don’t have to type it every time you open a new SSH session. An option was to use a password-less key, or a very short passphrase, but I did not want to make everything less secure. The storage of the SSH private key was an issue as well—​the Chromebook has very limited storage options, and relies on putting most things “in the cloud”.

What was needed was a way to use SSH in a very insecure environment, while providing as much security as possible. Eureka! A one-time password system is exactly what I needed. Specifically, the wonderful otpw program. Chromebooks have a simple shell (accessed via ctrl-alt-t) that has SSH support. So the solution was to use one-time passwords and not store anything at all on the Chromebook.

Rather than trying to get otpw setup on all the servers I might need to reach, I simply set it up on my main laptop, carefully allowed incoming SSH connections, and now I can ssh from my Chromebook to my laptop. From there, to the world. Best of all, when I ssh in, I can use the already running ssh-agent on the laptop! All it takes is memorizing a single passphrase and securing a sheet of paper (which is far easier to secure than an entire Chromebook :)

Here are some details on how I set things up. On the Chromebook, nothing is needed except to open up a crosh tab with ctrl-alt-t, and run ssh. On the laptop side, the first step is to install the otpw program, and then configure PAM so that it uses it:

That is the bare minimum, but I also wanted to make sure that only ‘local’ machines could SSH in. While there are a number of ways to do this, such as iptables or /etc/hosts.allow, I decided the best approach was to configure sshd itself. The “Match” directive instructs that the lines after it only take effect on a positive match. Thus:

The next step is to create the one-time password list. This is done with the otwp-gen program; here is the command I use:

The otpw-gen command creates a file named .otpw in your home directory, which contains the hash of all the one-time passwords to use. In the example above, the -e controls the entropy of the generated passwords—​in other words, how long they are. otpw-gen will not accept an entropy lower than 30, which will generate passwords that are five characters long. The default entropy, 48, generates passwords that are eight characters long, which I found a little too long to remember when trying to read from the printout in a dark room. :). Rather than show the list of passwords on the screen, or save them to a local file, the output goes directly to the printer. otpw-gen does a great job of formatting the page, and it ends up looking like this: 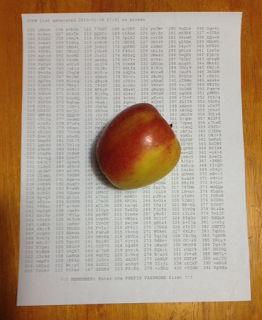 Here are some close-ups of what the passwords look like at various entropies:

So you type in the passphrase you entered above when running the otpw-gen command, then pull out your sheet of paper and look up the matching password next to number 140. Voila! I am now connected securely to my more powerful computer, and can SSH from there to anywhere I am used to going to from my laptop. I can even run mutt as if I were at the laptop! A nice workaround for the limitations of the Chromebook.