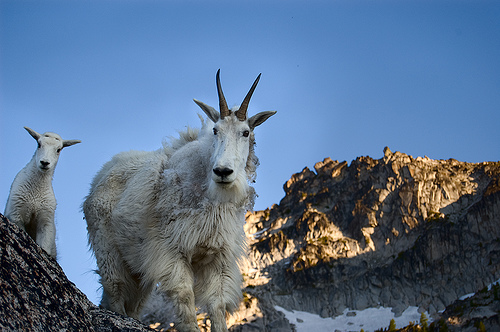 Bucardo 5, the next generation of the async multimaster replication system, has been released. This major release removes the previous two source database limitation, allowing you to have as many sources (aka masters) and as many targets (aka slaves) as you wish. Bucardo can also replicate to other targets, including MySQL, MariaDB, Oracle, SQLite, MongoDB, and Redis. Bucardo has been completely rewritten and is more powerful and efficient than the previous version, known as Bucardo 4. You can always find the latest version here.

This article will show a quick demonstration of Bucardo. Future posts will explore its capabilities further: for now, we will show how easy it is to get basic multimaster replication up and running.

For this demo, I used a quick and disposable server from Amazon Web Services (AWS, specifically a basic t1.micro server running Amazon Linux). If you want to follow along, it’s free and simple to create your own instance. Once it is created and you have SSH’ed in as the ec2-user account, we can start to install PostgreSQL and Bucardo.

We cannot start Postgres up yet, as this distro uses both /var/run/postgresql and /tmp for its socket directory. Once we adjust the permissions of the first directory, we can start Postgres, and then create our first test database:

Next, we need something to replicate! For a sample dataset, I like to use the open source Shakespeare project. It’s a small, free, simple schema that is easy to load. There’s a nice little project on github the contains a ready-made Postgres schema, so we will load that in to our new database:

We want to create duplicates of this database, to act as the other sources. In other words, other servers that have the identical data and can be written to. Simple enough:

Bucardo has some dependencies that need installing. You may have a different list depending on your distro: this is what Amazon Linux needed when I wrote this. (If you are lucky, your distro may have Bucardo already available, in which case many of the steps below can be replaced e.g. with “yum install bucardo”—​just make sure it is using version 5 or better! (e.g. with yum info bucardo))

The Perl module DBIx::Safe was not available on this system’s yum, hence we needed to install it via CPAN. Once all of that is done, we are ready to install Bucardo. We’ll grab the official tarball, verify it, untar it, and run make install:

Let’s make some small adjustments via the bucardorc file (which sets some global information). Then we can run the “bucardo install”, which creates the main bucardo database, containing the information the Bucardo daemon will need:

Now that Bucardo is installed and ready to go, let’s setup the replication. In this case, we are going to have three of our databases replicate to each other. We can do all this in only two commands:

With the first command, we told Bucardo how to connect to three databases, and gave them names for Bucardo to refer to as (s1,s2,s3). You can also specify the port and host, but in this case the default values of 5432 and no host (Unix sockets) were sufficient.

The second command creates a named replication system, called a sync, and assigns it the name “bard”. It needs to know where and how to replicate, so we tell it to use the three databases s1,s2, and s3. Each of these is to act as a source, so we append that information as well. Finally, we need to know what to replicate. In this case, we simply want all tables (or to be more precise, all tables with a primary key or a unique index). Notice that Bucardo always puts databases and tables into named groups—​in this case, it was done automatically, and the dbgroup and relgroup are simply named after the sync.

Let’s verify that replication is working, by checking that a changed row replicates to all systems involved in the sync:

We can also take a peek in the Bucardo log file, “log.bucardo” to see the replication happening:

There are two deletes and inserts because the changed row was first deleted, and then inserted (via COPY, technically) to the other two databases. Next, let’s see how Bucardo handles a conflict. We will have the same row get changed on all the servers, which should lead to a conflict:

Looking in the logs shows that we did indeed have a conflict, and that it was resolved. The default conflict resolution declares the last database to be updated the winner. All three databases now have the same winning row:

Sometimes when I was developing this demo, Bucardo was so fast that conflicts did not happen. In other words, because the updates were sequential, there is a window in which Bucardo can replicate a change before the next update occurs. The “pause a sync” feature can be very handy for this, as well as other times in which you need a sync to temporarily stop running:

There is a lot more to Bucardo 5 than what is shown here. Future posts will cover other things it can do, from replicating to non-Postgres systems such as Oracle, MySQL, or MongoDB, to using custom conflict resolution mechanisms, to transforming data on the fly while replicating. If you have any questions, use the comments below, or drop a line to the Bucardo mailing list at bucardo-general@bucardo.org.

This major release would not have been possible without the help of many people over the years who have contributed code, raised bugs, tested Bucardo out, and asked (and/or answered!) important questions. Please see the Changes file for a partial list. Thanks to all of you, and special thanks to Jon Jensen, who started this whole project, many moons ago.