In December End Point installed a Liquid Galaxy at the spectacular and renowned Musée Océanographique de Monaco, which is breathtakingly situated on a cliff overlooking the Mediterranean. The system, donated by Google, will be officially presented on January 21st to H.S.H. Prince Albert II of Monaco, who is the Honorary President of the Oceanographic Institute of which the museum is a major part. 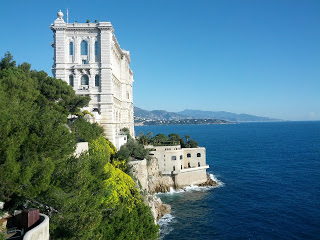 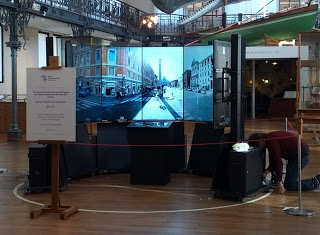 End Point set up and configured the system. Our expertise was also called on by Google to create and adapt Google Earth Tours focused on the world’s oceans, including a tour about Ocean Acidification. In addition, End Point engineers developed a customized panoramic photo viewer for the remarkable Catlin Seaview Survey panoramas, which display and provide a baseline dataset for the earth’s coral reefs.

Many thanks are due to Jenifer Austin Foulkes, Google’s Ocean Program Manager, and to Jason Holt of Google for their work in supporting this project.

It is difficult to speak highly enough about the Musée Océanographique de Monaco. Prince Albert I of Monaco was an oceanographer himself and created the museum in 1901 with a vision of bringing art and ocean science together. The royal family of Monaco has maintained its support of ocean science through the years, and Monaco today is a center for oceanography and for organizations concerned with the state of the world’s oceans. The museum has a wonderful aquarium, compelling exhibits, and is actively engaged in ocean science. I wasn’t aware of it before visiting the museum, but Jacques Cousteau was the Director of the Museum for over thirty years. I always liked that guy. :-)

It’s been a tremendous privilege to be a part of this project and I am happy to close out 2012 with this blog post reflecting on it. In 2013 End Point will continue to support this wonderful addition to the museum with remote system and content updates.