One of our Postgres clients recently had this error show up in their logs: 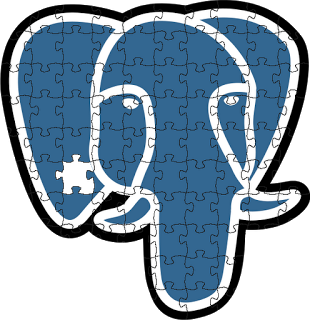 Because we were using the tail_n_mail program, the above error was actually mailed to us within a minute of it occurring. The message is fairly cryptic, but it basically means that Postgres could not read data from a physical file that represented a table or index. This is generally caused by corruption or a missing file. In this case, the “read only 0 of 8192” indicates this was most likely a missing file.

When presented with an error like this, it’s nice to be able to figure out which relation the message is referring to. The word “relation” is Postgres database-speak for a generic object in the database: in this case, it is almost certainly going to be a table or an index. Both of those are, of course, represented by actual files on disk, usually inside of your data_directory. The number given, 1663/18421/31582, is in the standard X/Y/Z format Postgres uses to identify a file, where X represents the tablespace, Y is the database, and Z is the file.

The first number, X, indicates which tablespace this relation belongs to. Tablespaces are physical directories mapped to internal names in the database. Their primary use is to allow you to put tables or indexes on different physical disks. The number here, 1663, is a very familiar one, as it almost always indicates the default tablespace, known as pg_default. If you do not create any additional tablespaces, everything will end up here. On disk, this will be the directory named base underneath your data_directory.

What if the relation you are tracking is not inside of the default tablespace? The number X represents the OID inside the pg_tablespace system table, which will let you know where the tablespace is physically located. To illustrate, let’s create a new tablespace and then view the contents of the pg_tablespace table:

Thus, if X were 78289, it would lead us to the tablespace ttest, and we would know that the file we were ultimately looking for will be in the directory indicated by the spclocation column, /tmp/pgtest. If that column is blank, it means the directory to use is data_directory/base.

The second number in our X/Y/Z series, Y, indicates which database the relation belongs to. You can look this information up by querying the pg_database system table like so:

The columns may look different depending on your version of Postgres—​the important thing here is that the number Y maps to a database via the oid column—​in this case the database foobar. We need to know which database so we can query the correct pg_class table in the next step. We did not have to worry about that in until now as the pg_tablespace and pg_database tables are two of the very few shared system catalogs.

The final number in our X/Y/Z series, Z, represents a file on disk. You can look up which relation it is by querying the pg_class system table of the correct database:

No rows, so as far as Postgres is concerned that file does not exist! Let’s verify that this is the case by looking on the disk. Recall that X was the default tablespace, which means we start in data_directory/base. Once we are in that directory, we can look for the subdirectory holding the database we want (Y or 18421)—​it is named after the OID of the database. We can then look for our relfilenode (Z or 31582) inside of that directory:

So in this case, we confirmed that the relfilenode was no longer there! If it was there, we can probably surmise that the file on disk is corrupted somehow. If the relation was an index, the solution would be to simply run a REINDEX INDEX indexname on it, which will recreate the entire index with a new relfilenode. If it is a table, then things get trickier: we can try a VACUUM FULL on it, which rewrites the entire table, but you will most likely need to go back to your last SQL backup or take a look at your PITR (Point-In-Time Recovery) server.

So why would a relfilenode file not exist on disk? There are a few possibilities:

In this case, we were able to simply rerun the query and it worked as expected. In normal every day usage, this error should not appear, even when reindexing system tables, but should something like this happen to you, at least you will know what those numbers mean. :)