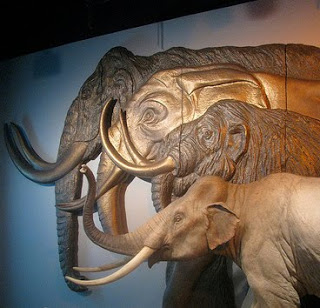 Version 2.18.0 of check_postgres, a monitoring tool for PostgreSQL, has just been released. This new version has quite a large number of changes: see the announcement for the full list. One of the major features is the overhaul of the same_schema action. This allows you to compare the structure of one database to another and get a report of all the differences check_postgres finds. Note that “schema” here means the database structure, not the object you get from a “CREATE SCHEMA” command. Further, remember the same_schema action does not compare the actual data, just its structure.

Unlike most check_postgres actions, which deal with the current state of a single database, same_schema can compare databases to each other, as well as audit things by finding changes over time. In addition to having the entire system overhauled, same_schema now allows comparing as many databases you want to each other. The arguments have been simplified, in that a comma-separated list is all that is needed for multiple entries. For example:

The above command will connect to three databases, as three different users, and compare their schemas (i.e. structures). Note that we don’t need to specify a warning or critical value: we consider this an ‘OK’ Nagios check if the schemas match, otherwise it is ‘CRITICAL’. Each database gets assigned a number for ease of reporting, and the output looks like this:

The second large change was a simplification of the filtering options. Everything is now controlled by the –filter argument, and basically you can tell it what things to ignore. For example:

The above command will compare the schemas on databases A and B, but will ignore any difference in which languages are installed, and ignore any differences in the sequences used by the databases. Most objects can be filtered out in a similar way. There are also a few other useful options for the –filter argument:

The final and most exciting large change is the ability to compare a database to itself, over time. In other words, you can see exactly what changed during a certain time period. We have a client using that now to send a daily report on all schema changes made in the last 24 hours, for all the databases in their system. This is a very nice thing for a DBA to receive: not only is there a nice audit trail in your email, you can answer questions such as:

To enable time-based checks, simply provide a single database to check. The first time it is run, same_schema simply gathers all the schema information and stores it on disk. The next time it is run, it detects the file, reads it in as database “2”, and compares it to the current database (number “1”). The –replace argument will rewrite the file with the current data when it is done. So the cronjob for the aforementioned client is as simple as:

The –quiet argument ensures that no output is given if everything is ‘OK’. If everything is not okay (i.e. if differences are found), cron gets a bunch of input sent to it and duly mails it out. Thus, a few minutes after 10AM each day, a report is sent if anything has changed in the last day. Here’s a slightly redacted version of this morning’s report, which shows that a schema named “stat_backup” was dropped at some point in the last 24 hours (which was a known operation):

As you can see, the first part is a standard Nagios-looking output, followed by a header explaining how we defined database “1” and “2” (the former a direct database call, and the latter a frozen version of the same.)

Sometimes you want to store more than one version at a time: for example, if you want both a daily and a weekly view. To enable this, use the –suffix argument to create different instances of the saved file. For example:

Thanks to all the people that made 2.18.0 happen (see the release notes for the list). There are still some rough edges to the same_schema action: for example, the output could be a little more user-friendly, and not all database objects are checked yet (e.g. no custom aggregates or operator classes). Development is ongoing; patches and other contributions are always welcome. In particular, we need more translators. We have French covered, but would like to include more languages. The code can be checked out at:

There is also a github mirror if you so prefer: https://github.com/bucardo/check_postgres.

You can also file a bug (or feature request), or join one of the mailing lists: general, announce, and commit.