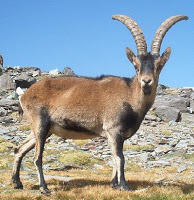 The next version of Bucardo, a replication system for Postgres, is almost complete. The scope of the changes required a major version bump, so this Bucardo will start at version 5.0.0. Much of the innards was rewritten, with the following goals:

Where “multi” means “as many as you want”! There are no more pushdelta (master to slaves) or swap (master to master) syncs: there is simply one sync where you tell it which databases to use, and what role they play. See examples below.

The bucardo program (previously known as ‘bucardo_ctl’) has been greatly improved, making all the administrative tasks such as adding tables, creating syncs, etc. much easier.

Much of the underlying architecture was improved, and sometimes rewritten, to make things go much faster. Most striking is the difference between the old multi-master “swap syncs” and the new method, which has been described as “orders of magnitudes” faster by early testers. We use async database calls whenever possible, and no longer have the bottleneck of a single large bucardo_delta table.

Not only are more details provided, there is now the ability to control how verbose the logs are. Just set the log_level parameter to terse, normal, verbose, or debug. Those who had busy systems, which was the equivalent of a ‘debug’ firehose, will really appreciate this.

Who says your slave (target) databases need to be Postgres? In addition to the ability to write text SQL files (for say, shipping to a different system), you can have Bucardo push to other systems as well. Stay tuned for more details on this. (Update: there is a blog post about using MongoDB as a target)

This new version is not quite at beta yet, but you can try out a demo of multi-master on Postgres quie easily. Let’s see if we can do it in ten steps.

To run Bucardo, you will need a Postgres database (obviously), the DBIx::Safe module, the DBI and DBD::Pg modules, and (for the purposes of this demo) the pgbench utility. Systems vary, but on aptitude-based systems, one can grab all of the above like this:

You can ignore any errors that come up about ExtUtils::MakeMaker not being recent.

IV. Setup an instance of Bucardo

This step assumes there is a running Postgres available to connect to.

V. Use the pgbench program to create some test tables

VI. Tell Bucardo about the databases and tables you are going to use

A herd is simply a logical grouping of tables. We did not add the other pgbench table, pgbench_history, because it has no primary key or unique index.

VII. Group the databases together and set their roles

We’ve grouped all five databases together, and made four of them masters (aka source), and one of them a slave (aka target). You can any combination of master and slaves you want, as long as there is at least one master.

Here we simply create a new sync, which is a controllable replication event, telling it which tables we want to replicate, and which databases we are going to use. We also set ping to false, which means that we will not create triggers to automatically fire off replication on any changes, but will do it manually. In a real world scenario, you generally do want those triggers, or want to set Bucardo to check periodically.

If all went well, you should see some information in the log.bucardo file in the current directory.

IX. Make a bunch of changes on all the source databases.

Here, we’ve told pgbench to run ten thousand transactions against each of the first four databases. Triggers on these tables have captured the changes.

X. Kick off the sync and watch the fun.

You can now tail the log.bucardo file to see the fun, or simply run:

…to see what it is doing, and the final counts when we are done. Don’t forget to stop Bucardo when you are done testing:

The output of bucardo status, after the sync has completed, should look like this:

Here we see that this syncs has never failed (“Last bad”), the time of day of the last good run, how long ago it was from right now (3 minutes and 2 seconds), as well as details of the last successful run. Last I/D/C stands for number of inserts, deletes, and collisions across all databases for this syncs. This is just an overview of all syncs at a high level, but we can also give status an argument of a sync name to see more details like so:

This gives us a little more information about the sync itself, as well as another important metric, how long the sync itself took to run, in this case, 42 seconds. That particular metric might make its way back to the overall “status” view above. Try things out and help us find bugs and improve Bucardo!